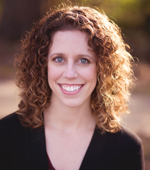 Kaitlyn joined our firm in February 2016.  She came to Gordon, Keeter & Co. with six years of tax experience with a national accounting firm.  Kaitlyn graduated from Appalachian State University in 2008 with BSBA in Accounting and Master of Science in Accounting in 2009.  She is a licensed CPA in North Carolina and is a member of the AICPA and NCACPA.  Kaitlyn focuses on corporate and partnership tax compliance and reporting.

As ASU alumni and football fans, she and her husband and two children often make the trip up the mountain in the fall to cheer on the Mountaineers! 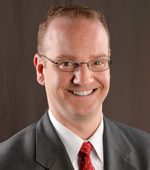 John joined Gordon, Keeter & Co. in February 2015, after relocating back to North Carolina from Nebraska. He is a licensed CPA in Nebraska and North Carolina. John graduated from the University of Nebraska – Lincoln in 2003 with a BA in Economics. John moved to North Carolina in 2005 to work in the financial services industry. He received a Master of Accountancy from the University of North Carolina at Charlotte in 2009 and worked for a local CPA firm and his father’s CPA practice remotely before returning to Nebraska in 2012 to assist his father in closing his CPA firm. John primarily focuses on individual income tax, estates and trusts and has extensive experience in the agricultural industry.

John currently lives in Fryeburg, Maine and with technology today, can work easily and efficiently remotely and virtually. He and his wife Nicole, have two sons ,Josh and Zach, two dogs, Penny and Butch, and a cat, Holly. Prior to relocating to Maine, John was a member of the Afton Sunset Rotary Club and completed Leadership Cabarrus with the Cabarrus Regional Chamber of Commerce in 2016 Class. He is an avid baseball, college football, and outdoor sports fan. 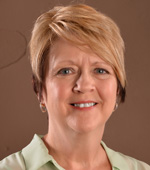 The founding partners of Gordon, Keeter & Co hired Shelia in 1989 before they bought out the local office of the regional firm and became Newberry, Cathey & Co in 1992.  She is a lifelong resident of Cabarrus County and graduated from Northwest Cabarrus High School and Rowan Cabarrus Community College.  Shelia is QuickBooks Pro certified and does a great deal of consulting with businesses on their payroll, sales tax and bookkeeping issues.  Shelia and her husband have three sons and three granddaughters within their blended family.

Emilie joined our firm in August 2020. She came to Gordon, Keeter & Co. with 9 years of prior professional experience in payroll, bookkeeping, and general accounting; prior experience also includes 3 years of tax preparation in local and national public accounting firms where she focused on small businesses, non-profits, trusts and high net worth individuals. Emilie graduated from Cedarville University with a BS in Accounting and completed her Master of Accountancy from Liberty University; she plans to sit for the CPA exam soon. Emilie focuses on Payroll and Bookkeeping for Gordon, Keeter & Co. and helps with Tax Preparation when needed.

A native “Charlottean”, Emilie enjoys being involved with her local church and within the Charlotte community, including past favorites of University City Rotary Club and coaching high school volleyball. She especially loves spending time with her husband, her 3 young children and her many family members located around Charlotte. Emilie and her family also enjoy traveling to visit family in California and taking trips to Disney World. 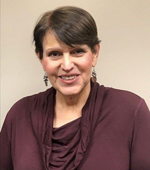 Becky joined Gordon, Keeter & Co. in early 2019 to assist during tax season and shortly after became a year-round staff member. Becky has 25+ years of accounting experience working for U.S. based domestic & international corporations. She graduated from Regis University in Denver, Colorado with a Bachelor of Science degree in Accounting, minor in Communication and academic certificates in Mediation and Conflict Resolution.

As a child, Becky's family vacationed in North Carolina and she fell in love with the area. In 2015 she decided to move from Colorado to North Carolina to start a new adventure. Four years later her son followed suit and headed east. As an avid outdoors woman, Becky enjoys exploring the NC mountains and ocean sides.

Her passion for animal welfare and the environment is a keystone part of her life. She is an active volunteer in the community and the former treasurer for a local non-profit organization. 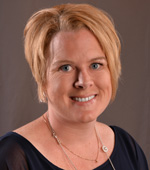 Barbara joined the firm in January 2014 after relocating to North Carolina from Connecticut. She and her husband have four children and live in Concord. Barbara was hired as part-time seasonal clerical staff and quickly transitioned into the Office Manager role. In 2017 Barbara moved into our bookkeeping department where she spends a great deal of time on payroll compliance and processing for our clients. Her previous experience as an office manager of a construction company makes her an excellent fit for her role at Gordon, Keeter & Co.

Barbara and her husband are active volunteers in the local sports community. Barbara can be found each weekend on a field coaching one of her children's softball or baseball teams. 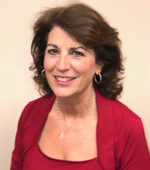 Karen joined the firm in August 2017 and was the former Office Manager for 21 years for her family’s 65-year-old water treatment business located in Ohio. Karen graduated from Cedarville University with a business degree in 1984. She has 2 adult sons who also reside in North Carolina and her newest hobby is ballroom dancing. 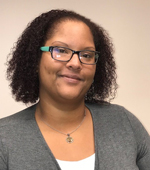 Nicole joined Gordon, Keeter & Co. in 2019, after she and her family relocated to North Carolina from their lifelong home in Connecticut. She came to the firm with over 15 years of Administrative and Office Management experience. When she is not in the office, Nicole enjoys exploring some of the new adventures and opportunities North Carolina has to offer, with her fiancé and teenage twins.

Try these 6 tips if you're currently paying back #StudentLoan debt: https://t.co/FUp2M5zPdA https://t.co/XiUjS0g0rp